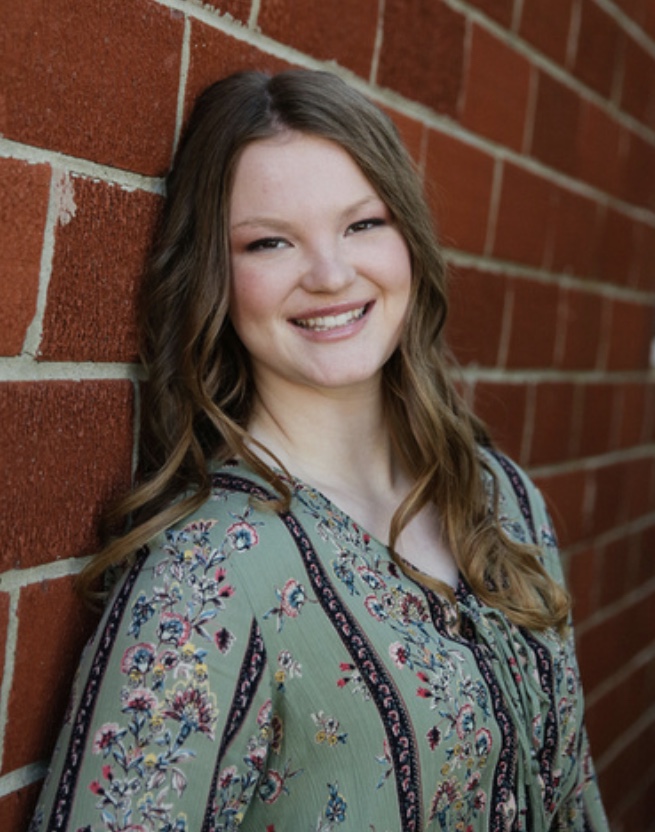 Jamie Smith is a sophomore at Iowa State University, double majoring in communication studies and Spanish with a minor in linguistics. Jamie is the co-author along with fellow author Zoe Dekruif for their article “A Mixed Methods Approach to Analyzing Writing Center Session Notes.” This article is about the use of mixed analysis, in this case, Linguistic corpus and inductive coding, in order to explore the types of feedback that writing consultants provide to students during sessions at Iowa State University’s writing center.

Jamie first got into her field of study, linguistics, during her first year in college through a First-Year honors mentor program at Iowa State. It was there that she mentored under her professor and was introduced to Zoe Dekruif, the fellow author of their joint article. According to Jamie, the college that she went to was mainly a STEM-based institution. It didn’t provide many opportunities outside of those STEM-based fields for doing research, so the chance to perform research into linguistics was one that she gladly jumped on. Jamie has been able to stay on this research project as a paid research assistant and was able to receive a grant after her mentorship program was concluded. “I was just really excited to have a research opportunity that related to my major and that I have been able to stay on as a paid research assistant after my Mentor Program was up,” Jamie stated on the topic.

In discussing how she wound up publishing, Jamie explains that it was not a requirement of her project but had been recommended to her and Zoe. Jamie had first heard about Young Scholars In Writing through one of the professors who had been working on the linguistic research project. She explains how this professor was super excited about working with undergraduate students because he hadn't had the opportunity previously. He sought out any possible way to expand upon Jamie and Zoe’s research. Jamie explains that this is why he then sent the two co-authors a link to YSW. Further reflecting on the process, Jamie says, “we worked really closely with our graduate mentor, Emily Duke Speltz, with writing the paper, because we had really little knowledge in publishing and writing research since we have only been in college for a semester.” She further explains how the two co-authors had received help from Emily Speltz, Dr. Yevgeny, and her supervisor Steve Price on reviewing her and Zoe’s article before submitting it to Young Scholars In Writing.

Jamie's main challenge when writing this research assignment was time management. She explains how exciting it was to receive the email from Young Scholars in Writing for acceptance as long as the authors revised their paper, “but I was working full time at a summer camp.” Jamie’s summer camp had a rule in which technology was not allowed, so she had to meet at “really weird times” when she could be “hidden from [her] campers.” She also explains how her lack of experience with professional research papers made this editing difficult, but YSW assisted with editing that “was helpful” along with the other mentors she and Zoe already had.

When asked whether Jamie felt accomplished after turning in the article, she stated that she was “super excited” about her and Zoe's work. Jamie also explained that while her plans for the future aren't “one hundred percent sure,'' she and Zoe were still on the same linguistics research project as they were when writing their research paper. She adds that the project she is currently working on will more than likely be used for her graduate mentor's thesis.

Finally, when asked about whether or not she would recommend for undergraduates to go through Young Scholars in Writing, she explained that she and Zoe “kind of started the trend” and that “a lot of other communication and English based research projects at Iowa State have heard about it and are interested in it as well.” So, Zoe said, “I definitely would recommend it.”