Gabriela Augustina Uribe (she/her) grew up in a Mexican American household that only spoke English, and she always “felt self conscious about not knowing Spanish.” Her personal experiences led to her interest in monolingualism in multicultural households--that is, the practice of teaching children in a family only one language that is not native to the parents. “Communicating with family members [was] very difficult and awkward” when she was young. Her experience led her to write her article, “¿Por Qué no Sabes Español?: Pressured Monolingualism and Its Impacts on Mexican Americans,” and publish it in YSW.

Gaby decided to research monolingualism from the perspective of Mexican Americans when she took a course about the rhetoric of language in her sophomore year. “I immediately thought [it] would be a great opportunity to explore [my] experiences more. [At] Stanford, I had conversations with friends/classmates about their similar experiences growing up monolingually, so I was really interested to see 1) the influences on parents to raise their children with only English and 2) how monolingualism impacts ethnic identity and connection to culture.”

One of the most enjoyable parts of the research was collecting primary data from her mom, dad, grandma, and close friend. Gaby notes, “It was really interesting learning more about the lives of my interviewees because I’m so close with all of them. I loved hearing about their very unique experiences with language, and then also finding the common themes and emotions that thread their stories together.”

It wasn’t all easy, though. Gaby found it difficult to create strong interview questions. “I needed to steer them towards the themes that I wanted them to address/speak on, but it was also important that the answers came from them, not from me. I also wanted the interviews to be casual and conversational, since I was talking with people I’m very close to,” she noted.Gaby explained how she overcame this challenge: “I worked with my professor to compile a list of questions that were really what I was trying to answer with my research. With these open-ended questions, my interviewees were able to elaborate as much as they wanted to.”

Gaby decided to submit her article to YSW because of the encouragement  of her professor, Dr. Jennifer Johnson. Johnson taught the course, “The Rhetoric of Language, Identity, and Power,” that got Gaby thinking about her topic. As a Mechanical Engineering major, Gaby had never thought she might be recognized for her writing, since she usually deals in the quantitative fields of mathematics and science. “Dr. Johnson was so encouraging throughout the whole process of developing my research project while I was in her class,” and noted that she developed a newfound confidence that led her to submit her article to YSW.

Having her article printed in YSW was very exciting for Gaby. As a STEM student, she had “ never felt like writing was something for which [she] would be recognized, so finding out [her] article was accepted was a great feeling that filled [her] with a lot of pride.” Of course, she was not alone during the publishing process, she had support from her YSW Faculty Advisory Editor, Rebekah Sims, a graduate student at Purdue University. Gaby enjoyed working with Rebekah and the other YSW editors, noting that “they both had great suggestions in terms of restructuring/adding to my paper that I feel made it much stronger. It was so helpful discussing ideas with them, especially when it came to diving deeper into my primary research and utilizing the interviews to the best of my ability.” Gaby collaborated with the YSW team online, utilizing Google documents and email.

Gaby explains that her study is important “because everyone’s personal identity is important. Especially in the past few years when there has been more blatant anti-immigrant, anti-foreign language sentiment, it is important to recognize the pressures that parents feel to make sure their children know English perfectly. I think everyone should have the chance to feel truly connected to their culture and have a strong sense of identity, and for Mexican-Americans who grow up not knowing Spanish, this can sometimes be much more difficult.” Gaby hopes that her study will contribute to real-world changes, such as K-12 schools adjusting their teaching practices “to be more supportive of students who know other languages besides English, which higher education institutions have been encouraged to do for decades.”

Gaby encourages undergraduates who are considering submitting their research to YSW to find a project they are excited about. This will “make it so much easier to push through challenges and keep improving the article,” she said. She also wanted to note that articles don’t need to be perfect when submitted, “as long as you have a project that you’re passionate about, have worked hard to develop, and feel good about the paper itself, submit it to YSW. The editors will help you so much in refining what you already have.” 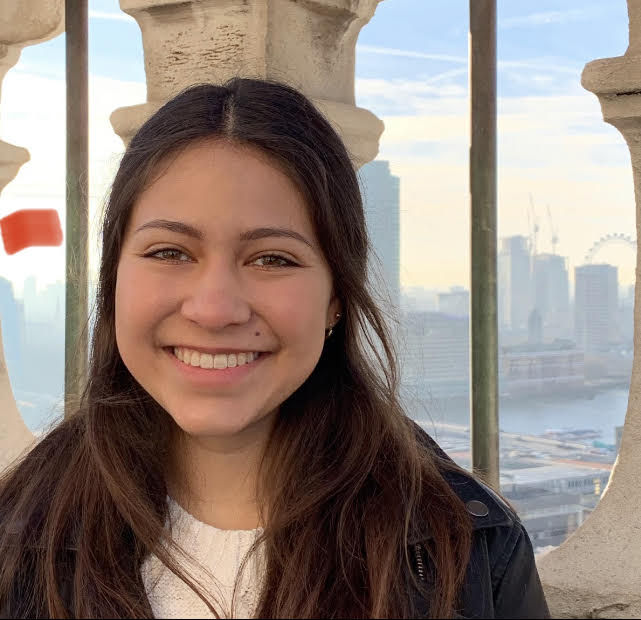